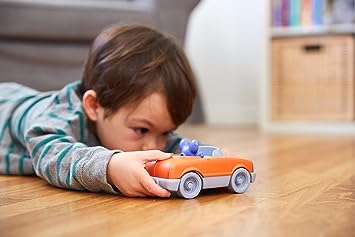 I was watching one of those home remodeling shows and there was a brief scene at the end showing the family enjoying their new space. There was a little boy sitting at the coffee table playing with one of his toys, completely oblivious to the cameras and utterly unselfconscious.

He was just completely wrapped up in his inner world and couldn’t care less about what anyone else thought. So much so that whatever anyone else may have been thinking about his playing didn’t even exist in his universe.

So that’s how I try to be when I’m creating. But of course I do care what other people think about my creations. So the time for that kind of thinking has to be after I’ve finished the work, not before or during. You can’t self-censor creativity at that stage and hope to produce anything authentic. It’s so easy to get into second guessing yourself and completely wrecking the flow.

And it’s scary — all you creative types know exactly what I’m talking about, because the deeper you go into that inner place where nothing exists except you and your work/play, the more of your tender inner soul is exposed to the world for potential criticism.

Which is why I think more people probably aren’t creative, or actually it’s more like they don’t think they are. Fear of exposing deep tender parts of their inner selves. It’s not that they’re not creative, it’s just that fear of being hurt. It’s self protection, and it’s completely understandable.

If you’re going to be creative, and by that I mean true to yourself, you have to be vulnerable, and that’s never easy. But it’s the only way the world will ever get to share your gifts.

And our gifts don’t have to be super important or significant, just authentic. Just a tangible expression of us having fun, enjoying ourselves, making something, even it’s just like something that’s been done a thousand times before. The fact is, we did that particular thing.

Like a child, happily saying “look what I did!”

Seeing others’ raw authenticity somehow connects us to our own, and gives us permission to really be ourselves. And I think that’s what we respond to when we encounter something someone else made — it’s not necessarily how polished or “professional” it is (although that can be part of it), it’s the unselfconscious honesty about it that gets us.

What do you think?

6 thoughts on “Play Without Fear”