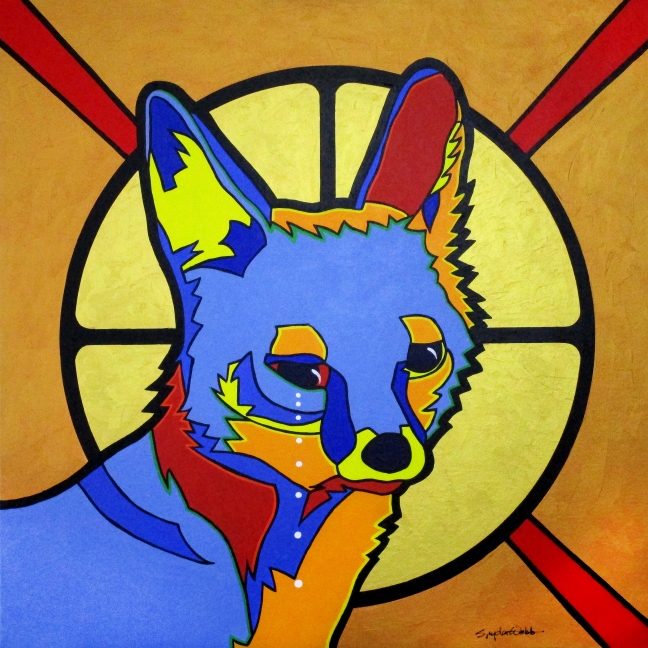 The San Joaquin Kit Fox is an endangered species. Its natural habitat is the southwest United States and Northern Mexico, although it has steadily been losing habitat because of human expansion.

They’ve been listed as endangered since 1967, and in 2007 a special area was set aside for them as a protected habitat. You can think of it as a reservation for kit foxes, and like most other “reservations” it’s a fraction of their original territory, and not really enough for them to thrive and return in significant numbers.

Its numbers are dwindling, both because of human activity and because of predators. Of course the predator activity wouldn’t be such a problem if the habitat hadn’t shrunk so much.

So Saint Crying Fox has good reason to cry.